Learning for life with Jesus

Year 5 have made a fantastic start to year, learning about the Solar System. From rockets to robots, reports to sketches, the children have engaged so much and showed wonderful enthusiasm throughout, completing some fantastic pieces of work. Thank you so much to all parents for supporting the children in the bringing in of materials and resources - as a result, we have created some magnificent displays showcasing this work (which you can see below!). The children even received a congratulations "tweet" from a space icon: Tim Peake.

Our next topic is Chinese Art, and Year 5 will complete a range of art pieces involving calligraphy, terracotta sculpture and creating character descriptions based on Chinese myths and legends.

If you have any questions or queries, please catch me at the end of the school day or arrange an appointment through the office. Alternatively, you contact me on year5@st-thomas-kidsgrove.staffs.sch.uk 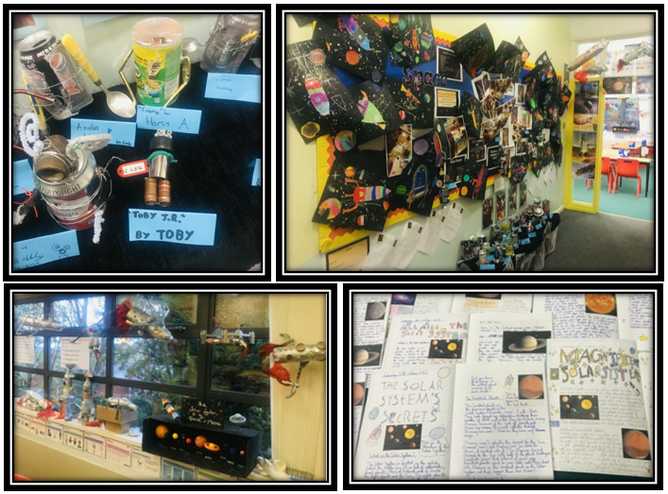 What are we learning this term? 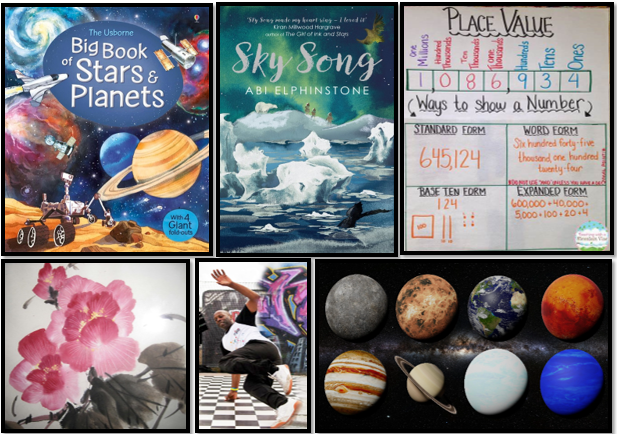 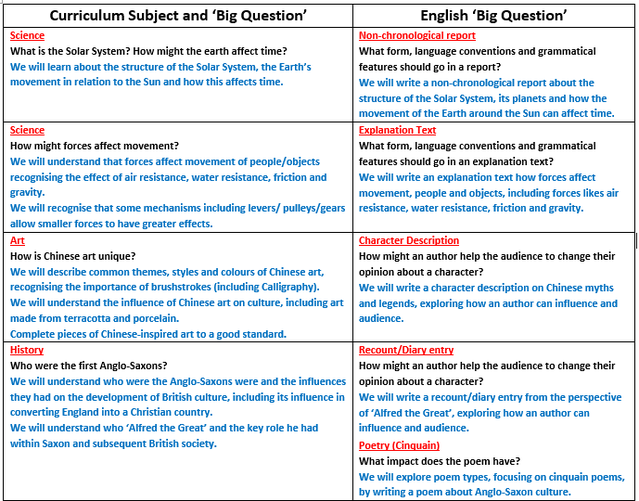 We will be focusing on the VIPERS skills to answer questions about what we have read. We will look at the layout and features of different fiction and non-fiction texts and explain how effective the presentation is for the reader. We will also explain how we know who the audience is and how a text could be improved to suit the needs of the audience. In addition, the class will also read Abi Epinstone's 'Sky Song', a mystical and magical adventure linked to mystery of space.

In the Autumn term, our we will learn about a range of topics in maths: number and place value; the four operations: addition, subtraction, multiplication and division; statistics; and measurement (area and perimeter).

In number and place value block, we will learn to:

In the four operations block, we will learn to:

In the statistics block, we will learn to:

In the measurement block, we will learn to:

Throughout the autumn term, year 5 will explore a range of topics across the wider curriculum, including developing their learning on “Space”, the tranquil styles of, "Chinese Art" and the learning how to write "Days and Months" in French.

In computing, we will learn about the importance of  "Word Processing". In RE, the children will to learn about Christianity, and “What God is like” and its impact on the wider world.

PE will take place on Thursdays and Fridays for the rest of term where the focus will be on "Movement and receiving" using skills within netball and sessions with the fantastic dance teacher: Mr. Case.  Please ensure that children are dressed appropriately for PE days.

Homework will be set daily and include a minimum:

Back to top
Top

Unfortunately not the ones with chocolate chips.

Some cookies are necessary in order to make this website function correctly. These are set by default and whilst you can block or delete them by changing your browser settings, some functionality such as being able to log in to the website will not work if you do this. The necessary cookies set on this website are as follows:

Cookies that are not necessary to make the website work, but which enable additional functionality, can also be set. By default these cookies are disabled, but you can choose to enable them below: